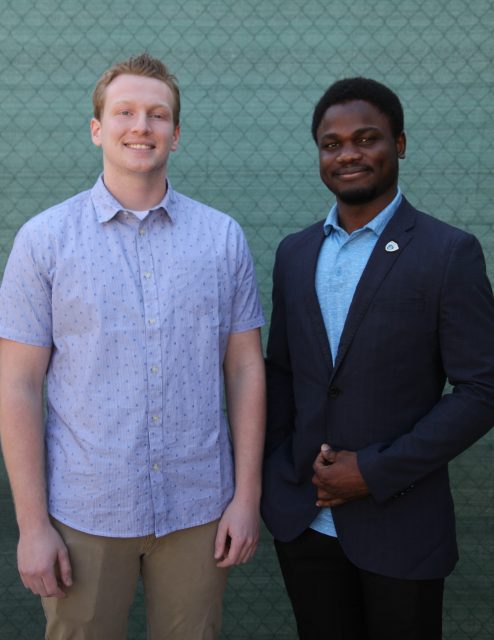 The yearly Seabeggar Show came and went and it was considered a success from all who participated. Those who participated, viewed it (whether fully or not), or organized the night enjoyed their time. I caught up with someone who participated and helped organize the night, CAB member Tate Kiledjian.

When asked about the night, he said “it was great to see people’s talents on stage. The evening went without a hitch. Especially when comparing it to last year’s, it went very smoothly.” In regards to his performance, he said he was happy with himself for performing and glad he did it. Tate had done a piano solo where he sang a song by The Beatles.

The changes to the show from last year were noticeable. Last year’s event was a major show with three different aspects of the Providence calendar in one; Talent show, Mr. Providence and the Night Show. This time CAB wanted to just do the Seabeggar Show and to do it well, and they succeeded!

Performances were done by many students. A cute duet by Leo Callao and Ali Willis, a confident monologue by none other than Mark Eaton, and we were even graced by the presence of rappers Andrew Garcias (Mac) and Keano Mestre. We also can’t forget the singing by Kaitlyn Robinson, who was definitely rewarded for her terrific performance.

The placings of the show were as follows: in 3rd place, a tie with Mark Eaton and Isaac Brown, 2nd place to Sidney Alyssa (@sidneyalyysamusic on Instagram), and 1st place being Kaitlyn Robinson.

After the show I caught up with another student, Evan Friesen, who had this to say about the show. “It was good, I’d go again next year.” Inspiring words from an inspiring man.

With the Seabeggar Show at a close, students now eagerly await the next event, the semi-famous Spring Dinner.